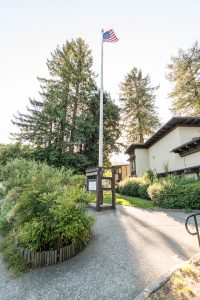 "For us, it's all about solving problems," explains Fairfax Chief of Police Chris Morin. "First and foremost, we want to provide good police service to the citizens of the town, but our over-riding goal is to strive to do our best to solve problems for people. That's where we want to be known as successful."

Although the town did not incorporate until the early 1930s, in 1925 the state legislature allowed counties to appoint police chiefs for unincorporated areas - and so 21-year-old Andy Peri became the town's first Chief of Police, serving as the community's lone officer for the first 11 months of his duty.

By the time the town incorporated, the patrol force had grown to include 5 additional officers. The department remained at this size through Chief Peri's tenure, which lasted until 1959.

Over the years, as the community grew from some 2500 in the 1920s to its current size of about 7300 people, the department underwent a corresponding change. From the late 1950s until the early 1970s, the department grew to 11 officers. An additional officer was added in the 1980s, bringing the total to 12. The department's staff is now supplemented through a state grant, which funds one regular Police Officer and the department's Community Service Officer.

Despite these changes, the department is still housed in the original police station. The building was renovated in 1972, when a major remodeling was done for the fire station, and is currently being updated again. "We are really glad that our station is located right in the downtown area, where it is easy for anyone to find," commented Chief of Police Chris Morin. "Although our situation is not unique, it is certainly less common nowadays to find the police station so close to everything else in the community. Moreover, many police stations are not open at all hours, but ours is open 24 hours a day, 7 days a week. The town has really been great in its commitment to keep the station open and available to the public at all times."

While the department continues to conduct business from its original location, the work of the department has evolved over time as the community has changed from a resort town to a more mainstream, family-oriented atmosphere. No longer chasing bootleggers, the department is now involved in county-wide initiatives, participates in regional planning programs, and offers a variety of programs that assist the community by focusing on the special needs that have evolved in our culture. "We want to continue to strive to be a department that is professional, effective, and well trained as we move into the future challenges of our work," said Chief Morin

Fairfax Police Department believes strongly in the philosophy known as "Community Oriented Policing". In this modern approach to law enforcement, the entire community becomes involved in identifying and solving problems that affect the community. Local community groups work in tandem with police officers to address issues and research resolutions that will provide a long-term solution to community needs.

"Fairfax - as any community does - has gone through a lot of social changes over time," explained Chief Morin. "Consequently, we can't allow ourselves to become stagnant in our work. We want to be constantly available to work with people in the community to respond to changing needs."

Certainly, the department's mandate has undergone change. In the early days of the department, the rollicking times of Prohibition and speak-easies were the challenge facing the 6-person department in what was then a resort community. Later, in the 1960's, the department had grown to about 9 staff members, who dealt with the unrest of the 1960's and the influences of major rock concerts hosted in the community.

"Now, of course, the challenges we face are different," Chief Morin stated. "Our community is no longer a summer resort - it is a bedroom community with a family orientation, as well as a still popular entertainment destination with a spirited, thriving night life. The issues we deal with can be domestic problems, or substance abuse, or juvenile issues, or parking problems - but we are constantly working to develop and maintain programs that reflect these needs and that help the community in these areas."

"Regardless of whether we are working with other police agencies, with community-wide groups like the Chamber of Commerce, Safe Routes to School Committee and the school district, or with a small neighborhood association, we want to work harder to become a valued addition to the problem-solving task forces of the community," concluded Chief Morin. "That's one of the many things we enjoy about our work, and I'm confident we'll be continuing our efforts in this important aspect of law enforcement in the future."