The Parkade Project originally identified the removal and replacement of four trees: 3 liquidambar trees and 1 London plane tree.  Two of the four trees needed to be removed for the reconstruction of the Parkade staircases. The other two trees were being removed to benefit existing trees, as per the arborist report.

In early February, the Town arborist,  Ray Moritz, met with Town staff and the contractor in the field to review the project. At that time, the arborist found that two (2) additional trees were in hazardous condition and should be removed ASAP.  Based on that preliminary assessment, six trees were marked with red ribbons and the Town Tree Committee was informed of the trees to be removed.  During the field review, the arborist expressed concern about the condition of two more trees, but wanted to conduct additional tests to confirm his suspicions regarding the trees’ health.  The arborist has since confirmed those two trees are significantly diseased or decayed.  Those two trees were also tagged with red ribbons and the Tree Committee informed. 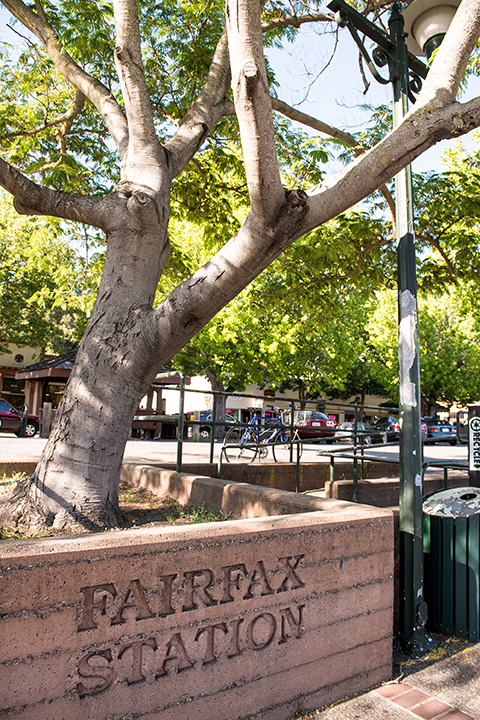 Staff consulted with a Council subcommittee consisting of Mayor Coler and Councilmember Reed to confirm the removal of the 4 additional trees.  At its March 6th meeting, the Council will discuss the arborist report and recommendations for replacing the trees based on the soil conditions in the Parkade.

Please see the arborist report and the tree plan indicating the trees authorized to be removed and designated areas to limit excavation around certain trees.