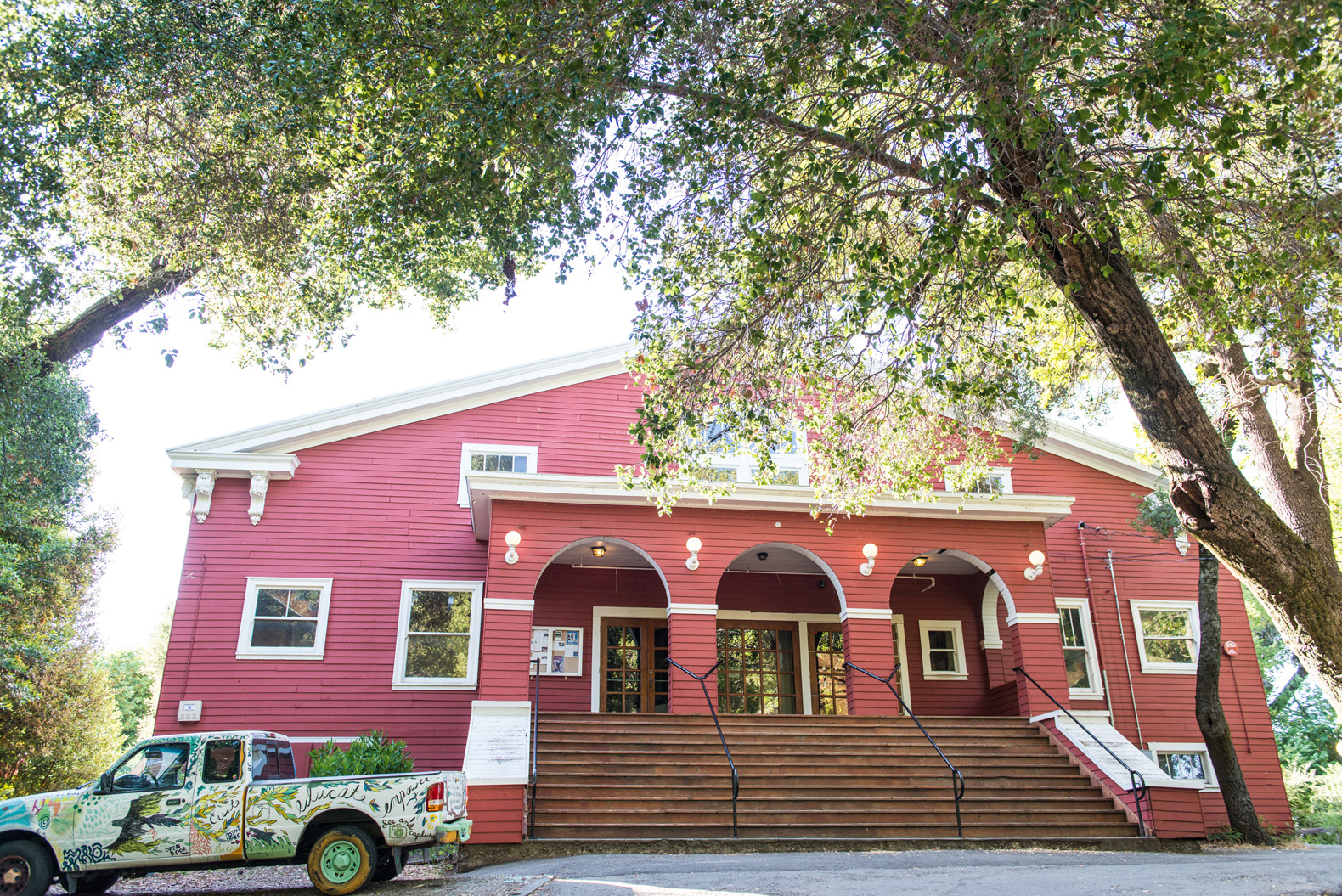 The grant was initially for $450,000 with a 25% matching requirement of $150,000 (please see below for the history of the project). Staff reported to FEMA this year that the full seismic retrofit project would cost closer to $2,500,000. We also understood any additional funding request would require a significant amount of cost benefit analysis on our part to justify the request. With that understanding, the Council had approved a design for a limited seismic retrofit project within the $600,000 budget. However, FEMA recently informed us that they will approve the funding for the Full Seismic Upgrade which includes added design/management costs, a new roof, all new foundation, and all new sheer walls for the Pavilion.

In order to secure the additional funding, the Town will need to commit to the 25% matching requirement of $626,977 (please refer to staff report for more info). The Town has already committed $150,000 for the partial seismic retrofit of the Pavilion and another $250,000 for the roof replacement and other improvements not covered by the grant. In essence, for an additional $226,977 match, the Town would be able to secure an additional $1,430,930 in funding for a comprehensive retrofit of the Pavilion. An approximate 6 to 1 ratio

Below are the preliminary plans and programmatic agreement for the Project.  However, the Federated Indians of Graton Rancheria (FIGR) have stated that archaeological report is confidential and not available for public review.

History of the Project

In 2008, the Town applied for a FEMA Hazard Mitigation grant for the seismic retrofit (i.e., building protection from earthquakes and high winds) and ADA improvements (i.e., bathrooms, doors, ramp) for the Fairfax Pavilion building.  The Pavilion is used for meetings, classes, sports, art and cultural events, and numerous recreational programs.  It is an older woodframe structure with significant constraints, primarily related to its age, construction methods, and outdated building code compliance.

In 2012 the town hosted a meeting with all the involved parties:

At that meeting FEMA informed the Town that before it could conduct any soil boring to determine the design of the seismic retrofit project, the Town would need to execute a limited Memorandum of Understanding (MOU).  The site under and around the building has been determined to have significant cultural resources as a Native American midden site. As such, any improvements must be made with high sensitivity to artifact disturbance. The MOU  would specify procedures for monitored exploratory research needed to evaluate foundation design. The Town prepared the MOU, incorporated comments from the Graton Rancheria representative, and submitted it through Cal-OES to FEMA.

After a lengthy delay, in 2013, FEMA decided that the limited MOU approach was not appropriate, and advised that a Memorandum of Agreement (MOA) should be prepared which would specify all archeological and cultural resource impacts, their mitigation, and agreed upon procedures for monitoring and disposition of artifacts throughout the proposed improvement project. The Town prepared the MOA and submitted it in April 2013.

The project underwent another lengthy delay, with no response from FEMA for approval of the Town's MOA. In July 2014 another meeting of all parties was held, at which time it was reported that discussions about how to proceed were ongoing between the State Historic Preservation Officer and FEMA, but resolution was expected shortly. The period from 2014 thru 2016 can be best summarized as discussions between SHPO and FEMA pertaining to Section 106 consultation regarding the Area of Potential Effects (APE), eligibility of resources for listing on the National Register of Historic Places (NRHP), and the effect of the undertaking to these resources.

In late 2016, all the above parties met and discussed the next step in the process which is the preparation of the MOA and Phase I Fairfax Pavilion Seismic Retrofit Project Archaeological Treatment Plan (ATP). The ATP specifies all the archeological and cultural resource impacts, their mitigation, and agreed upon procedures for monitoring and disposition of artifacts throughout the proposed improvement project which includes soil borings.

The PA along with ATP is a critical path item because the Town is not allowed to conduct the necessary soils borings to determine the foundation design until those documents are signed.

All the parties have reviewed the documents and we believe the documents are almost finalized. To avoid any delays related to Town approvals, staff is requesting authority to sign the PA and any other related documents when they are finalized.

In December 2017, staff provided the Council with a historical time line of the project (see attached staff report from 2017) detailing the delays, actions, and meetings with the following “Agencies” since 2012:

At the Council’s December meeting, the Council authorized staff to sign the Programmatic Agreement (PA) for the project. All the above parties signed the PA by the end of February 2018. The fully executed PA allows the Town to conduct the necessary soil borings to determine the foundation design for the project.  The site is a documented Native American shell mound site (i.e., midden) and the subject of prior studies.  The primary concern of the above Agencies is limiting and mitigating the project’s ground disturbance to the midden.

In May 2018, the Town approved an agreement with FCDA for geotechnical, structural engineering, archaeological, and architectural services for the preliminary foundation design for the Pavilion Seismic Retrofit project.  The scope of work was for the geological testing, update to conceptual structural plans based on the soil testing results, allowance for Tribe monitoring costs, allowance for architectural services needed for the PA, and services required per the Archaeological Treatment Plan (ATP) for the soil borings.  Per the Archaeological Treatment Plan, which is an exhibit to the PA, the Town is required to retain a qualified archaeologist to examine and analyze the soil borings on-site.

The soil borings were performed in June 2018 and the draft ATP, which included the monitoring and analysis of the soil samples, was submitted to FEMA in August 2018. FEMA then distributed the ATP to all the Agencies for review and comment.  FEMA approved the ATP approved in December 2018.  At that time, FEMA authorized us to proceed with the preliminary foundation and ADA improvement designs.

In April 2019, the Council approved the preliminary plans for the project and authorize a contract for design services. The project was basically as originally envisioned: expanded ADA restrooms, ADA ramp and door improvements, and seismic retrofit improvements. The $600,000 budget did not allow for any other improvements. Specifically, the ADA improvements are estimated to cost approximately $320,000 and the seismic improvements, which consist of adding sheer walls at selected locations on the foundation, is estimated to cost $200,000. The remaining $80,000 would be for design, engineering, and construction management services. The budget did not provide for a project contingency which would be needed due to the age of the structure, construction history, and other potential unknown issues regarding the plumbing, electrical, and mechanical elements of the building.

While the current seismic retrofit design meets life-safety standards, in larger seismic events, the building may not be able to be restored to a habitable condition (i.e., must be demolished). The additional sheer walls would enhance the structure’s lateral support and would increase its ability to be renovated after a seismic event.