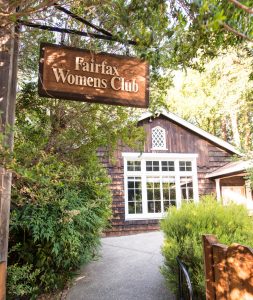 The Fairfax Town Council consists of five members, who are elected at large by Fairfax residents for four-year terms. Elections are held every two years, with three council members elected in one cycle and two in the alternate cycle.

The Town operates under a Town Council-Town Manager form of government.  Under this form of government, the Town Council is the legislative body responsible for setting town policy, including the adoption of ordinances, land use regulations, and the annual Town operating and capital improvement budget.  The Council appoints the Town Manager and the Town Attorney, as well as members of Town commissions, boards, and advisory committees. The roles of mayor and vice mayor are rotated among the council members, and are largely ceremonial. Each December, the five council members select a mayor and vice mayor from their ranks to serve for one year.

Regular Town Council meetings are held on the first Wednesday of each month, except for January and July,  at 6:30 p.m. at the Women's Club, 46 Park Road, Fairfax, as well as on Zoom. The regular meetings in January and July are set by resolution each year as to not conflict with the January 1st and July 4th holidays.

In addition to the monthly regular meetings, the Council schedules special meetings on an as-needed basis. These meetings are open to the public, and the agendas are published.

The meeting agenda and staff reports ("the packet") are posted online the preceding Friday on the Public Meetings page, where you can also find the archived agendas and packets, as well as meeting videos.

You can contact Town Councilmembers individually or as a group by using the email links below.